The McLaughlin Wildlife Reserve Bay: before the rainstorm. 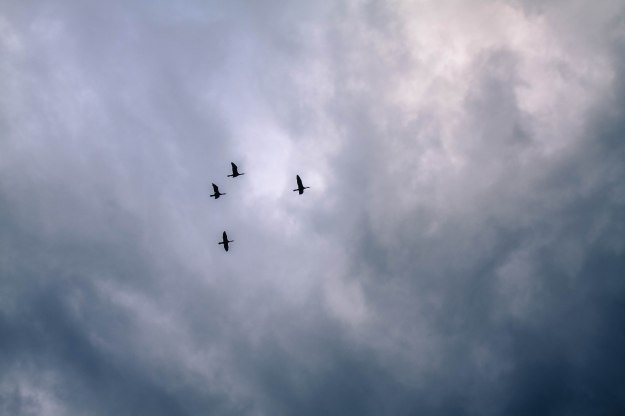 One cold Sunday afternoon in early October, instead of settling cozy at home, I was driving to the audition held in Oshawa. Smooth 40 minutes, as Google maps and my boyfriend promised, turned into the nerve-wracking long tiresome ride while I cursed myself for going all this way for bloody Charles Dickens.. And the play was cancelled just few days later, being replaced by another one where I did not fit in any way.

Yet no way I regret going there, as I discovered magical spot and I want to share its beauty with you. It was my first time in Oshawa region, and true to my traditional preferences, I decided to uncover its nature first for myself, and then the urbanite life (which I even did not get chance to admire). So then it was McLaughlin Bay Wildlife Reserve, filled with peaceful surroundings, marshes, few hundreds of trees’ & plants’ varieties, unusual sounds, dozen trails and freshness. 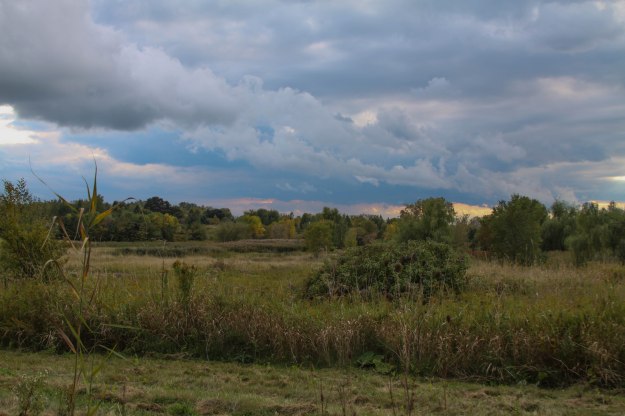 Judge for yourself. I arrived to the park closer to 6pm, not knowing that the rainstorm was on its way, however the whole park had that special light about it when the part of sky is blue but you sense tension in the air. I’m happy I found myself there exactly at that time, alone (I met only two people who were just leaving the park) and anxious, although I would not recommend
anybody going there solo as I did so late and just before the storm.

Anyway, as soon as you step onto the long path that is losing itself in some tall grass and bushes, the quite falls on you. Like a shadow. You might see only a strip of water (part bay, part lake), but then you begin to hear the wind which progresses in its noise level as you approach bayshore.

I was lucky to catch the last fall paints over the park.

The sky’s clouded with stormy features within few  minutes.. 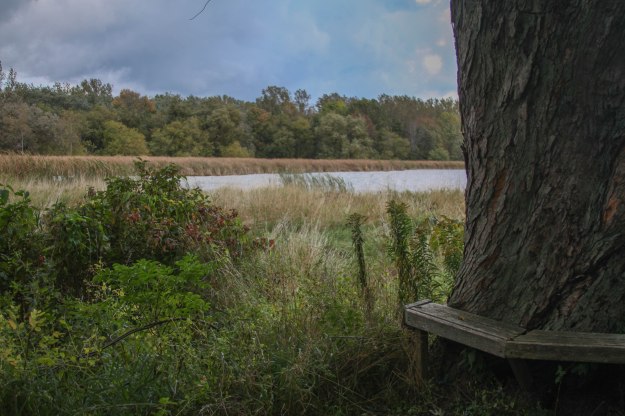 The area is a gem for birdwatchers, although I believe most of birds were on their way to a bit cozier and warmer places. 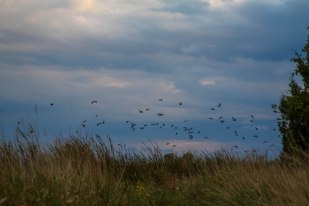 A tiny pine island which I labeled “one morose hedgehog on the water”.

And the best final surprise is revealing itself in the most unsuspected way.

The Bay in all its glory..

The enormous waves were crashing onto the beach with loud drumming noise– and the strong wind just contributed extra touch to the whole atmosphere of chaos and cacophony.

As I always like to experiment with black and white photography, here is my recent attempt at the bay — almost achieved the effect of silver grass:) 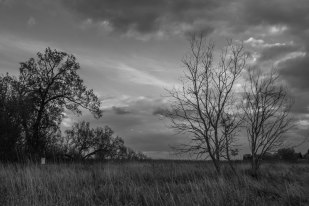 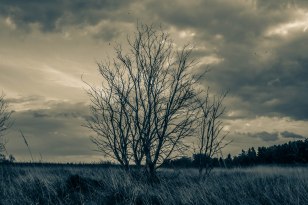 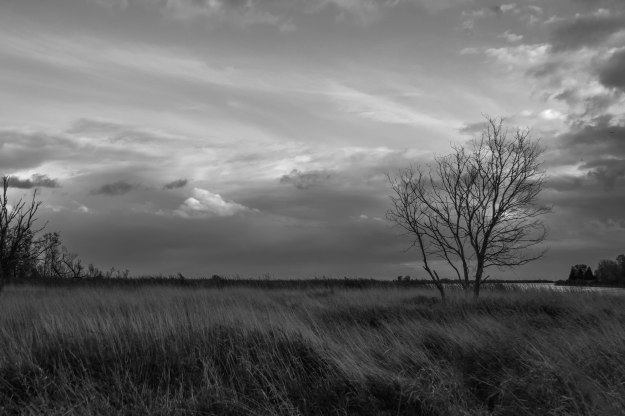 Together with pathlets,
Together with trees,
The soul is aspired, exulting, into the distances…
And waves of mountains, and a mirror of a bay,
And the quiet of the sky in the silent earth.

– Maximilian Voloshin ( he is one of my favourite Russian poets, philosopher and painter)